Enable Cooling Fans refers that with this function enabled, the controllable cooling fans speed like Maximum Fan Speed, Fan Control and Blip fan speed to 100% when starting from low speed) can be edited.

Minimal Layer Print Time refers to the minimum time spending in a layer to provide enough cooling time for the just printed out features in this layer before the next layer starts.

Note: This function only works for when single layer used time is less than minimal layer print time.

Increase Fan Speed refers that with this function enabled, fan speed would be increased between the Maximum Fan Speed and current fan speed.

Note: This function only works for when single layer used time is less than Minimal Layer Print Time.

Maximum Fan Speed refers to the maximum speed of the extra cooling fan. It can be triggered as long as the layer print time is less than the Minimal Layer Print Time, the fan could be adjusted between the max and current fan speed. 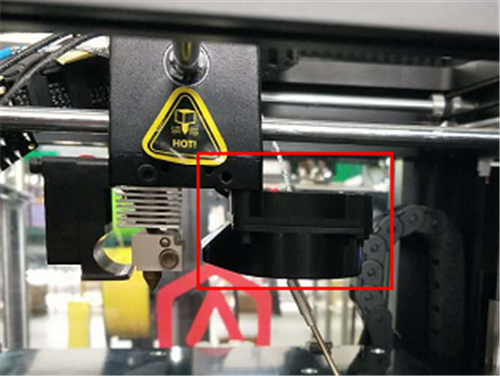 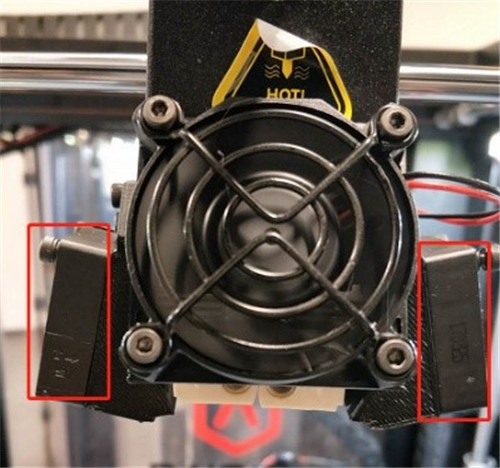 Layer refers to selecting at which layer to change the fan speed.

Fan Speed refers control the speed of the downward model fan on specified software-controlled fans. You can add the specific layer where you want to change the fan speed at by clicking the Add Fan Point button and input the speed in right box. And delete it by selecting the value you want to remove in right box and clicking the Remove Fan Point button.

Note: If you want to change the fan’s speed, enable the function of Enable Fan Speed Control (Use PWM-Controllable fans) which is under the Printer Settings as Figure 2. If not, this tab will be disabled and cannot be edited as Figure 3. 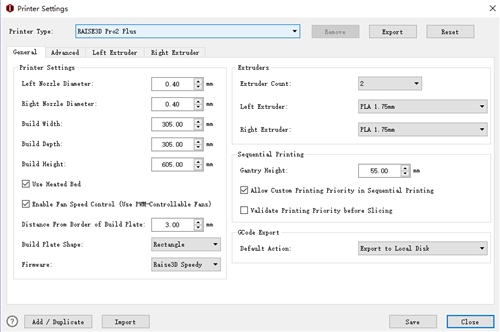 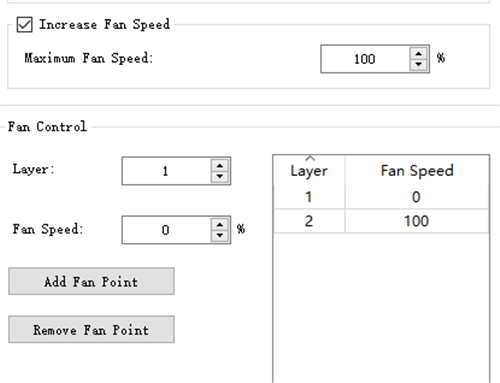 Low Fan Speed Threshold refers to that fan speed will be increased to be 100% automatically if current fan speed is lower than threshold.

Blip Fan Speed Pause Duration refers to that pause the printer for a period in milliseconds after fan speed blipped to 100% and before increased to a higher speed. 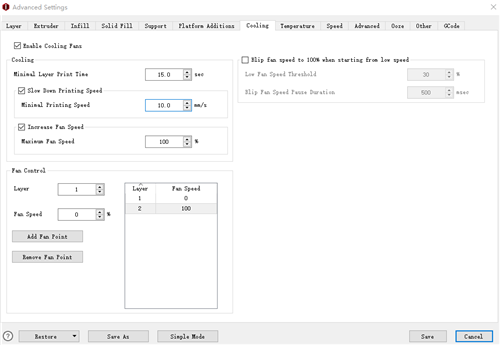 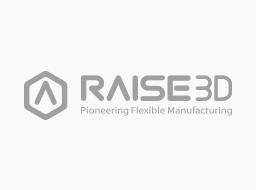